Sira and the Robot

Sira and the robot is an ambitious children’s musical project set in the Galicia of the future. It combines literature, illustration, songs, soundtrack, and poetry. The series follows the adventures of the 10-year-old Sira and her loyal yet flighty robot William in the dystopian landscapes of the year 2050, where the official languages are Galician and English. Both an innovative language learning method as well as a transversal tool for cultural criticism past, present, and future, the series fosters imaginative thought experiments and critical thinking. In addition to solid reviews, the books currently enjoy considerable success in the Galician school system, are used both in English and Galician classes. Illustrations by Iván Sende. Songs and back-to-back audiotheatre can be found below, or heard here on Bandcamp. 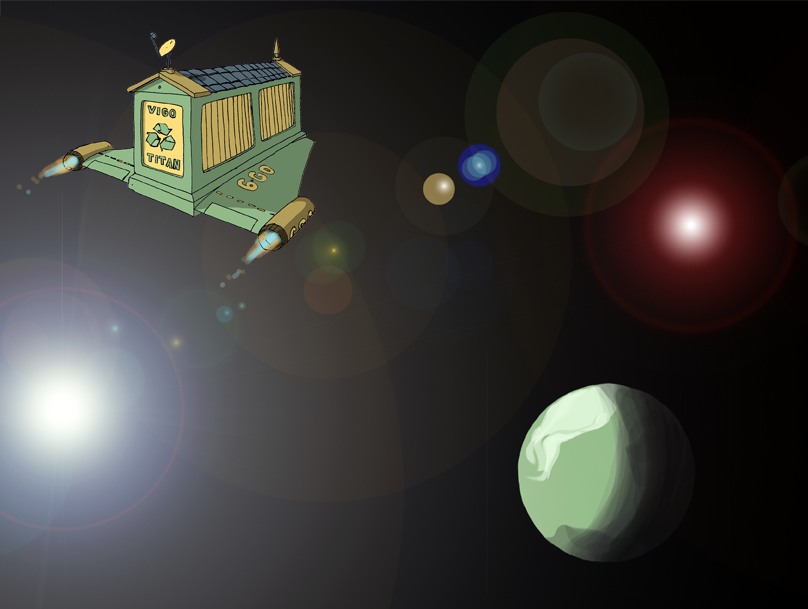 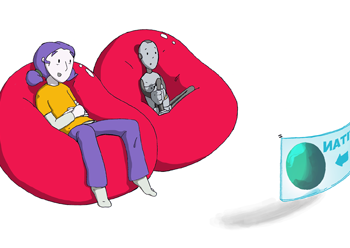 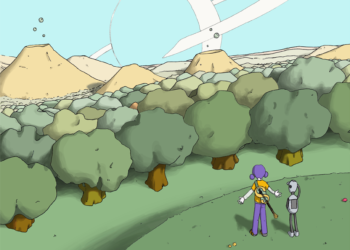 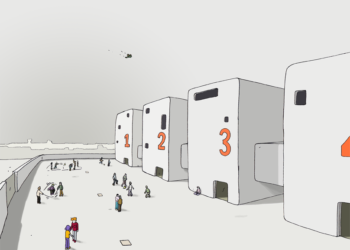 Sira is bored and slightly stressed at school and at home until she sees a Hologram commercial for the First Galactic International Song Festival on Titan, the sixth moon of Saturn. Luckily her grandfather has just sold some Virtual Land and can lend her the money! From the grey schoolyard on Planet Earth to the green biospheres of Titan, the book is also a multilingual detective story, with songs containing Chinese, French, and German. Will Sira and William find their way to the Festival? 56 minutes. Ages 8 and up. 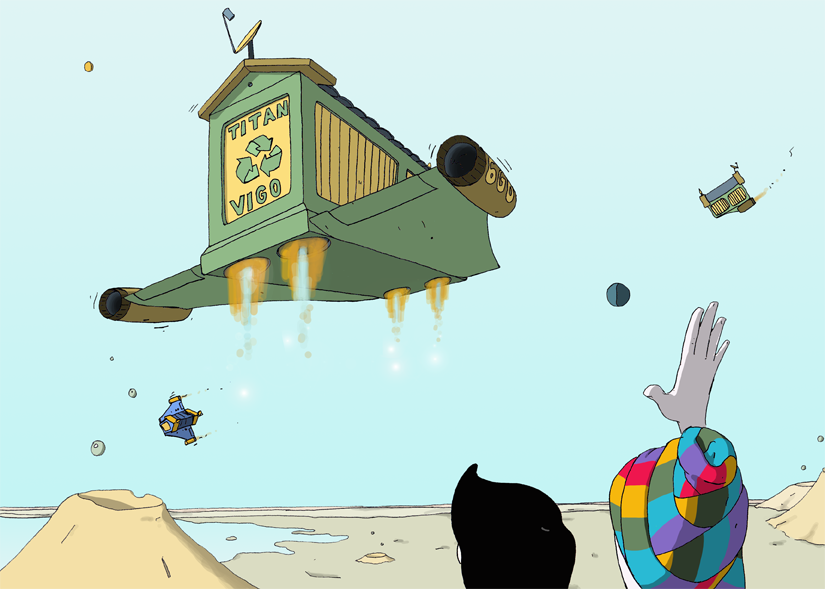 Titanians wave farewell to Sira and William as the Nave Canastral takes off.

Imagination Zero: Sira and her friend Pantrigo talk about the upcoming field trip to the Compostela Cathedral of San Gooogle and about their favorite word for Monday’s homework assignment. Pantrigo’s favorite is «imagination» but he can’t stop ripping off classic songs. Sira chimes in a verse later, along with the director’s stern intercom message. 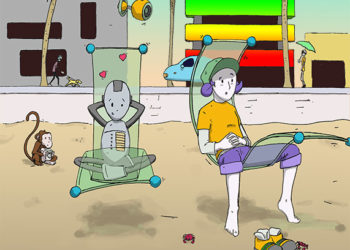 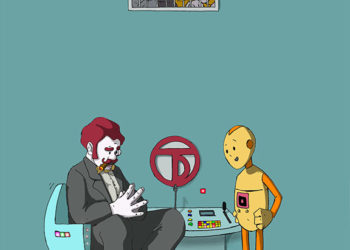 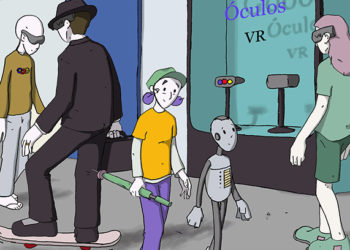 The radio announces that a heat wave has hit the city of Mega-Metrópole and Sira and the robot decide to go on a walk to the Cool Cave to cool off. They quickly find themselves involved in the villainous nuclear plans of Technoduro. With the help of their grandfather, they race against time to warn the leaders of the world and prevent the giant tsunami that threatens Mega-Metrópole. William falls head over heels in love. The story has a cameo appearance by Charles White (Carlos Blanco) warming up the crowd at the 2043 UN meeting. 54 minutes. Ages 8 and up. 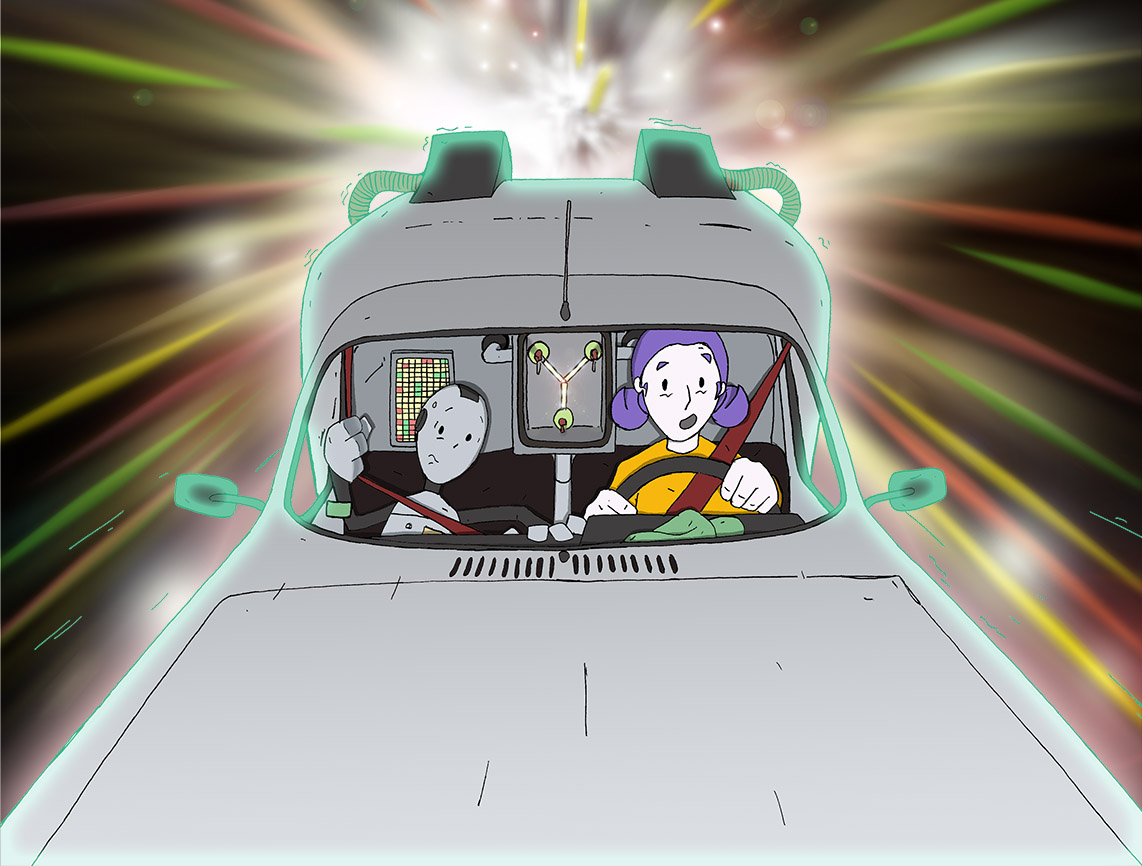 (Fake) Green Energy: Sira and William activate the trap door that plummets them into the secret Headquarters of Technoduro, villain who later sings about his nuclear plans for the city and his imminent departure for Hawaii. William records Mega-Metrópole’s most dangerous entrepreneur as he sings his plans «just in case it comes in handy later.» 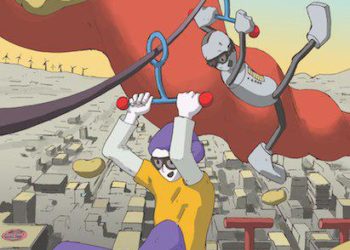 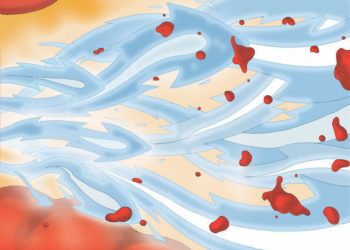 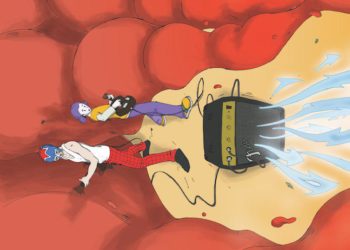 The annual November fires are the talk of the town and Sira’s classmate Winston has a strange new guitar teacher. Sira and William learn the secret power unlocked in the chords of an old and mysterious postmodern canticle. Will it be enough to save Mega-Metrópole from the fires and help them overcome Technoduro’s dangerous plans? Maybe. That is, if Winston manages to come through in this trial by fire, once the wise guidance of his teacher is suddenly gone. 59 minutes. Ages 8 and up. 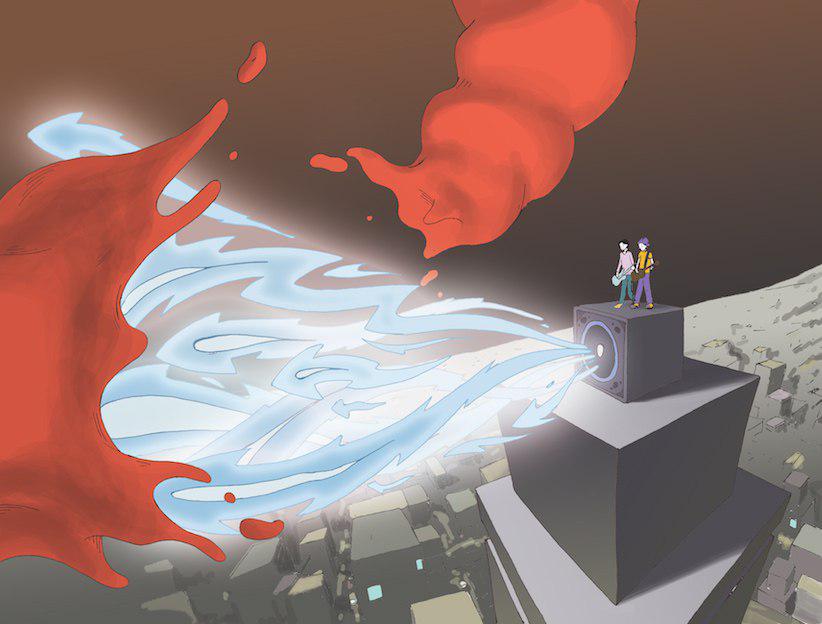 The great Li-ho Eye has gone missing after battling the fires. But these were just decoys, as the main fire now rushes to the Technotowers at the center of town. Fledgling guitarist Winston will have to fill in, as he and Sira team up their screaming electric guitars against the fire’s onslaught from atop the Atalaia Tower. 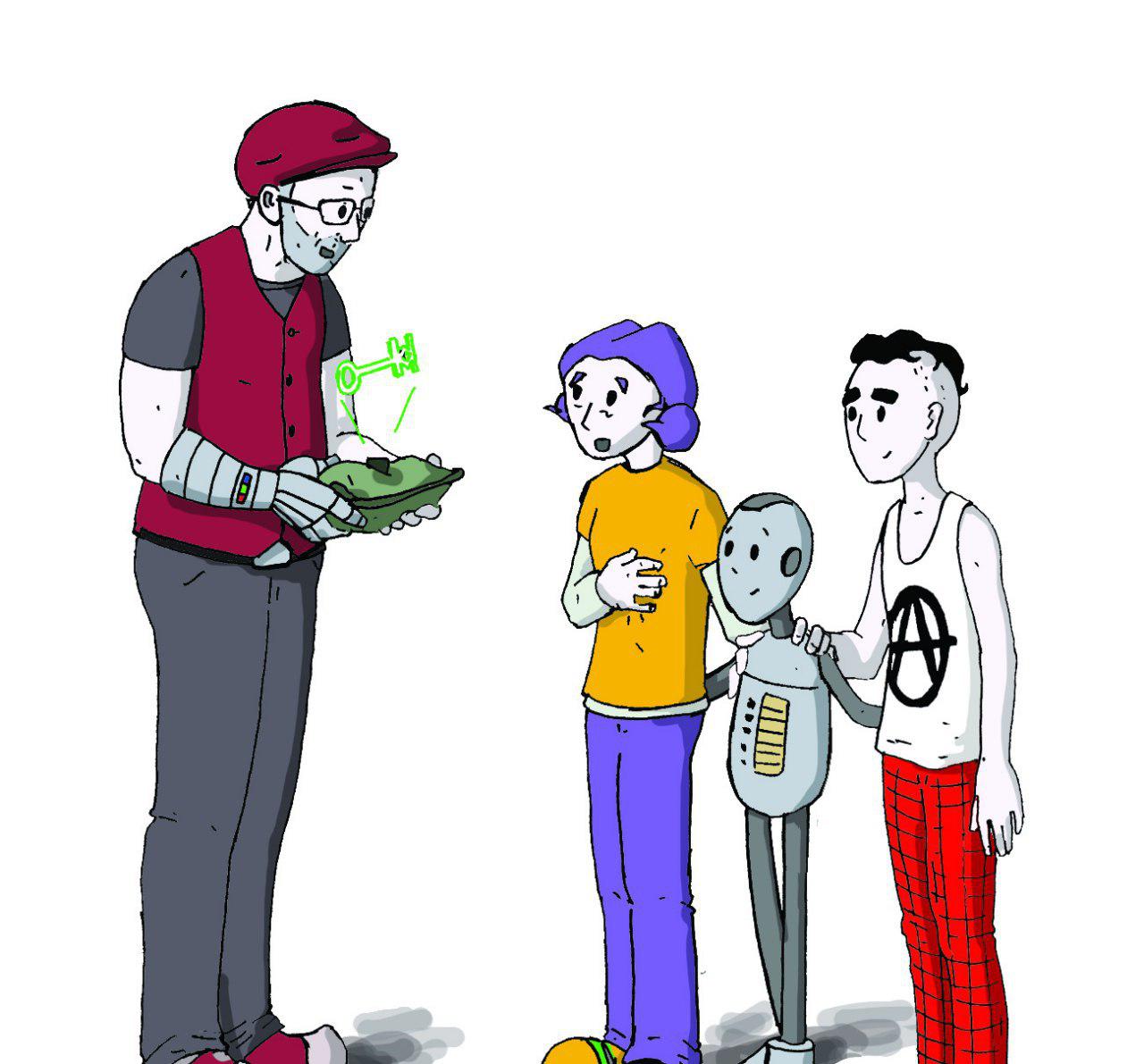 «Sira, Winston and William I present to you the virtual key to the city of Mega-Metrópole»